The Beauty of Dorey bay in Manokwari of West Papua 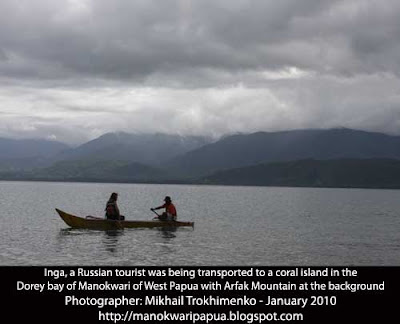 Manokwari city - the capital of West Papua province in the Republic of Indonesia is located in the Dorey bay of Manokwari. This is one of the most beautiful bays in the world? Well, if you read this statement, you might say that I am exaggregating something. Well, it is not my statement, it is a statement from a world traveler whom I met. Here in the bay, there are some tropical islands have spectacular view with rich coral reefs and shipwrecks around them. The Dorey bay of Manokwari has been attracting tourists and researchers from around the world. 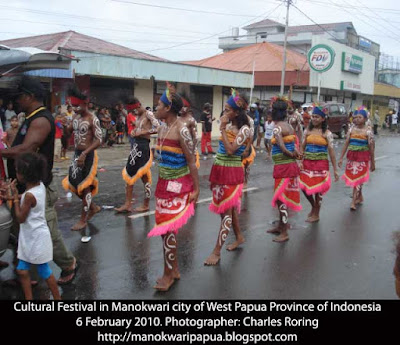 In 1855, European evangelists - Otto and his wife and Geisler landed in Mansinam, the largest isle in the Dorey bay to preach Christianity to the indigenous Papuan people. Two years later British Naturalist, Alfred Russel Wallace visited the Dorey bay to study the natural history of New Guinea and birds of paradise. Later he published The Malay Archipelago. He talked alot about the nature and lifestyle of the indigenous Papuan who were great artists. In 1920s Prince Leopold from Belgium visited the Dorey bay of this New Guinea (now known as West Papua) also to study the birds of paradise. This year alone 2010, I have escorted tourists from Russian, Norway, England and the Netherlands traveling around the Dorey bay of Manokwari. 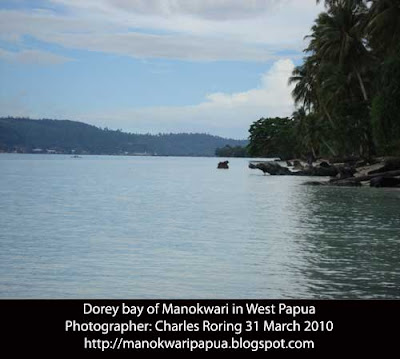 At the south of this bay, beautiful blue mountain called Pegunungan Arfak, stretches from west to south east of the bay. At the foot of this bay, tourists can enjoy the beauty of Lake Kabori. There are still many beautiful things that tourists can see while visiting Dorey bay of Manokwari city in West Papua province of the Republic of Indonesia. I will write about them one by one and upload my travel journal to this blog. If after reading the posts in this blog and you become interested in visiting this city, you can contact me, Charles Roring, as your travel guide via my email: peace4wp@gmail.com
at April 30, 2010