I visited Klasow valley early this year from 31 December 2015 to 5 January 2016. I guided some American and Dutch visitors. We walked in the jungle of the valley to watch various species of tropical birds. Klasow valley was only 1.5 hours ride by a 4WD car from Sorong city. It was covered with lowland tropical rainforest. A lot of birds made the forest of the valley as their natural habitat.
Birds were usually active in the mornings and in the afternoons. There were several ideal spots in the valley that we found suitable for birding:

To enhance the bird-watching experience in the jungle, birdwatchers need to bring their own binoculars and spotting scopes. I only have a pair of binoculars.
Nikon has launched a powerful bridge camera for birdwatchers. Its type is Coolpix P900 with 83x optical zoom. It enables birdwatchers to take pictures of birds or other wild animals in distant trees.

Field Guide
There is a field-guide book that I recommend to all birdwatchers who want to visit West Papua. Its title is Birds of New Guinea. 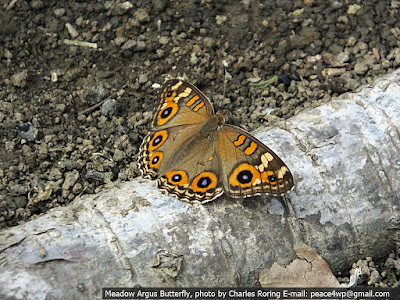 Besides watching birds in Klasow valley, visitors can also watch wallaby, and a lot of colorful butterflies in the tropical rainforest.

The Birds
During my previous birding trips, I saw a lot of birds that make the valley as their natural habitat. Some of them are listed as follows:
Watching Butterflies
The villagers grow flower plants near our jungle hut and their houses. During sunny days, we could see butterflies fly over the flowers to find nectar. I took some pictures of the butterflies but find that it was difficult to identify them. I don't have any field guide books. My only source of information was the internet. What I saw were Cruiser Butterfly (Vindula Arsinoe), Blue Mountain Swallowtail (Papilio Ulysses), Meadow Argus (Junonia villida), and lots of colorful butterflies which I still could not identify. I had to make several searches on the internet to identify the butterflies.

How to get there?
If you are interested in taking rainforest and birdwatching tour in West Papua, please, contact me (Charles Roring) by email to: peace4wp@gmail.com. I will be happy to organize your birding trip and accompany you in the jungle.

Here is a picture of Meadow Argus butterfly (Junonia villida) that I saw in the tropical jungle of Klasow valley. The valley is approximately 1.5 hours ride from Sorong city. There is a village in the middle of the jungle where I like to visit with tourists. I guide tourists to the valley to see tropical rainforest and to watch birds and butterflies. 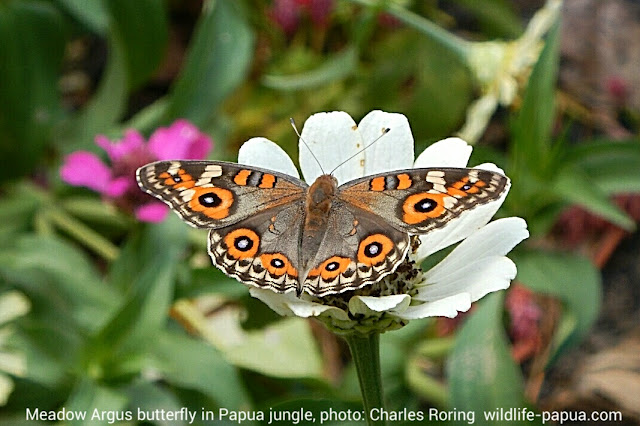 Villagers in the jungle plant flowers around their houses. The flowers that bloom in the morning attract a lot of butterflies including Blue Mountain Swallowtail (Papilio ulysses), and Cruiser Butterfly (Vindula arsinoe) . 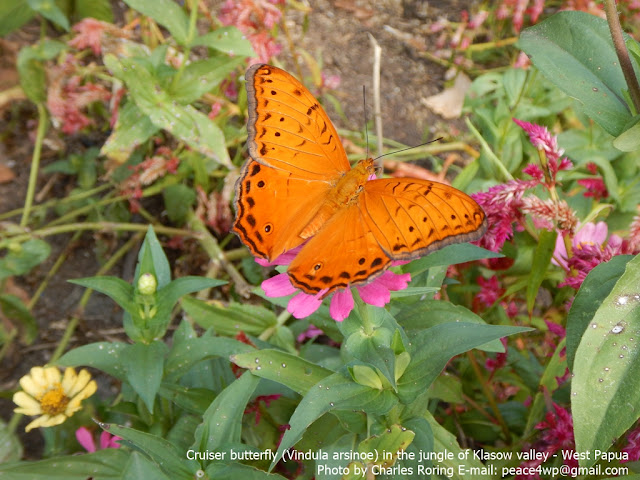 I personally do not have a field guide book for butterflies and insects of this vogelkop peninsula but by making several searches on the internet, I could identify some of them.
If you are interested in taking rainforest tour in West Papua to see butterflies and birds, please, contact me by email to: peace4wp@gmail.com. I will be happy to guide you in the jungle.
at January 12, 2016