I guided 3 Australian and 1 Dutch tourists in Manokwari on a full day city tour yesterday. We explored Reremi area that was once a housing complex of Dutch people until 1962. We continued our trip to Manggoapi to see the magnificent scenery of this coastal city. I managed to take a picture of Manokwari from Manggoapi using Canon Powershot G1X. 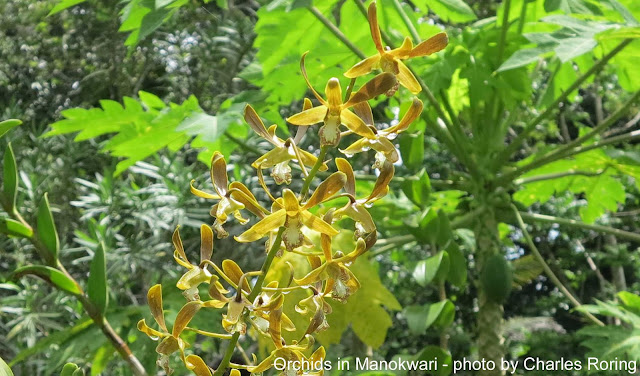 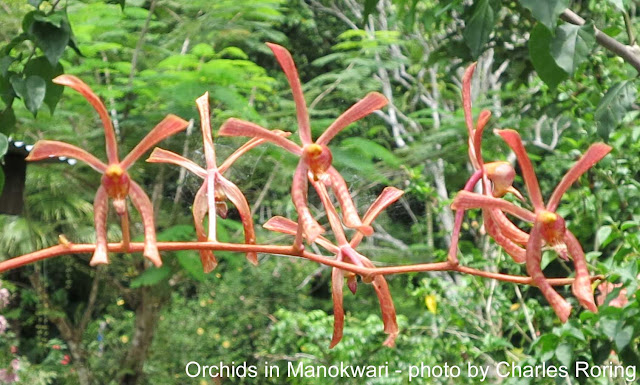 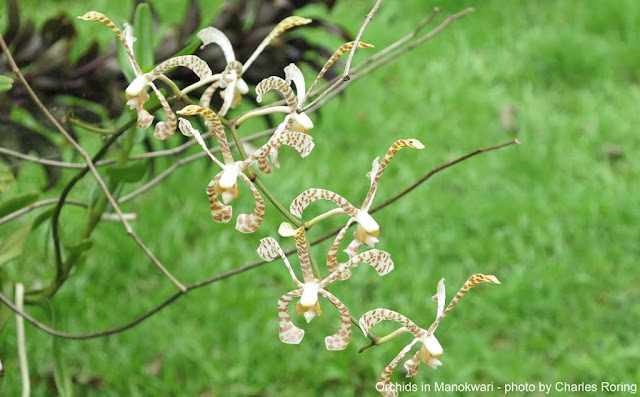 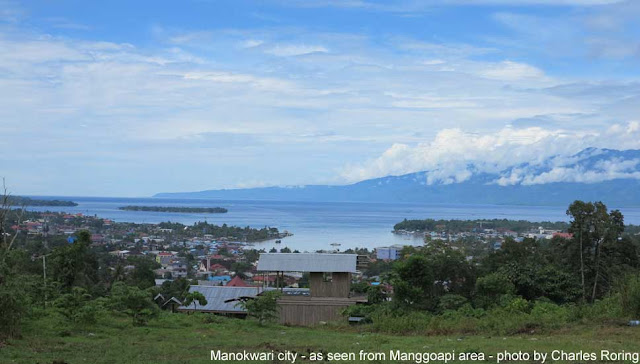 Then we continued the tour to Amban where the State University of Papua is located. We didn't spend much time in the complex of the university. We continued our trip to Litbang area at the back of Table Mountain. There we met a Dutch man whose house is surrounded by orchids. His name is James. His wife was the one who grows the orchids. There are several species of orchids in the front and side yards of the house. Some has yellow and brown colors whereas others have pink, white and purple colors. The family also has got an oil painting of orchid flowers in the living room of the house created by an Indonesian artist. The house was built near the tropical jungle that covers the Table Mountain. It has got a very relaxing atmosphere. While the tourists were busy talking with the house owner, I spent my time taking pictures of the orchids, hibiscus flowers and golden trumpet that grow around the house. After spending around 1 hour conversation with James, we continued our trip to Pasir Putih beach. by Charles Roring