Beach and forest clean up campaign in Manokwari Papua

Eco-tourism in Manokwari city is a campaign that I am doing right now. I was born and grew up in this city which was only a very small town thirty years ago. Manokwari bay was beautiful. Of course it is still beautiful right now. Three islands in the Dorey bay are still surrounded by coral reefs. Most of them are now facing destruction from irresponsible fishing practices and run off of garbage thrown out to the sea by the city dwellers. 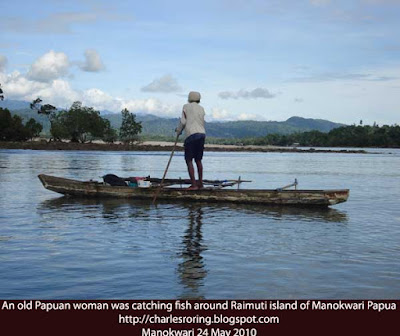 Every time I bring tourists to Mansinam island or Raimuti island, I always tell the local villagers not to throw their domestic wastes to the sea. It is better for them to dig a hole next to their houses where they can bury organic wastes. A fisherman in Arfai whose boat we rent said that he has begun informing the people living a long the beach of Arfai not to throw garbage to the sea. The Papuan who live there are happy to see western tourists swimming and snorkeling in the island. 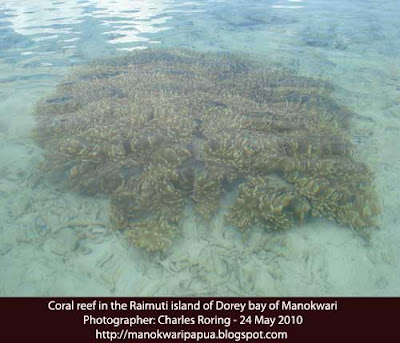 I also promote forest clean up campaign in the tropical rainforest of the Table Mountain of Manokwari. Well, I once met some of the university students whose dormitory is located near the forest one month ago. I told them that I often bring foreign tourists to Table Mountain for bird and butterfly watching. Usually after traveling around the forest, we visit the Japanese war memorial monument to take a break there. While taking a rest, I and Paul, a friend of mine, pick up plastic garbage scattered around the monument. The students like the idea. The next time I visited the monument again, I saw the garbage had been burnt, perhaps, by the student. Actually I don't like the idea of burning plastic but there is no processing plant in this city which can recycle such waste. So, burning is considered the easiest solution to clean up the area. 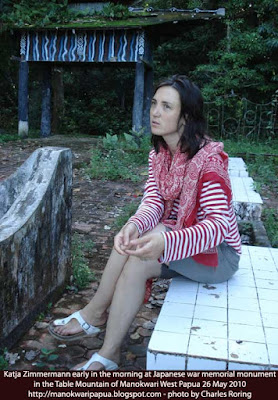 With more tourists come to Manokwari, I am very optimistic that the citizens in this city will be aware about how important the marine environment and tropical rainforest are not only for foreign tourists but  also most importantly for our own life.
There are a lot of things that we need to do to clean up the Dorey bay of Manokwari from plastics and the presence of tourists in this city will attract the attention of both the citizens and the government to be good hosts for them. Clean environment is the keyword that we need to introduce to every ear of the city dwellers in order to preserve Manokwari's nature. by Charles Roring
at May 31, 2010