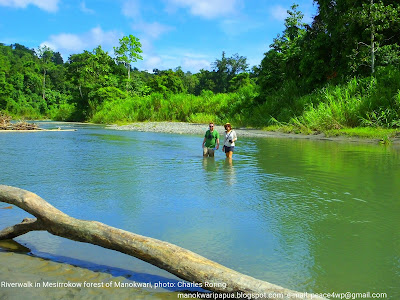 I have organized numerous riverwalk and camping tours in the forest of Manokwari for several years now. During the tours, visitors will be able to see the beautiful scenery of tropical rainforest, watch lowland tropical birds such as Papuan hornbills, Sulphur Crested Cockatoos, Pinon Imperial Pigeon, Yellow-faced Myna, Palm Cockatoo, Nightjar, Papuan Flowerpecker and a lot more.
In addition to birdwatching, while walking along the banks of the river or swimming in the fresh water river, visitors will be able to see colorful butterflies such as New Guinea Clipper, Cruiser butterfly, Blue Mountain Swallowtail and Birdwing Butterfly from the genus of Ornithoptera.
In addition to freshwater fish, birds, butterflies and large green trees, visitors can also see tropical flowers such as Eichornia, Small Passion Flowers and New Guinea Tulip (Spathodea campanulata) and terrestrial orchids.
As a tour guide, I provide tents, cooking and eating gear, lighting equipment, binoculars and spotting scope that are needed during the tour.
Visitors are suggested to wear water shoes and apply anti insect lotion if they want to participate in the tour. 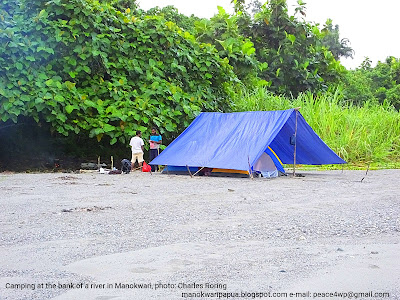 Destination Manokwari
If you want to visit this forest, you need to fly to Manokwari city.


Manokwari is a historical town. It was the first site in the whole New Guinea where Christianity for the first time was introduced by European missionaries to the indigenous Papuan people in the nearby Mansinam island on 5 February 1855. It was also an important destination for British scientist Alfred Russel Wallace in 1858 when he conducted research on natural history.
Manokwari was the headquarters for Imperial Japanese Army in late 1943 and 1944 when they were fighting against US allied forces during Pacific War. The Japanese deployed approximately 50,000 troops led by Lieutenant Fusataro Teshima from 2nd Army. They are deployed along the coast and islands in this region. We could still see old World War II bomb shelters in some parts of the city.

Booking
If you are interested in taking this riverwalk and camping tour in Manokwari, please, contact me by email to: peace4wp@gmail.com or whatsapp: +6281332245180 for customized itinerary and cost. 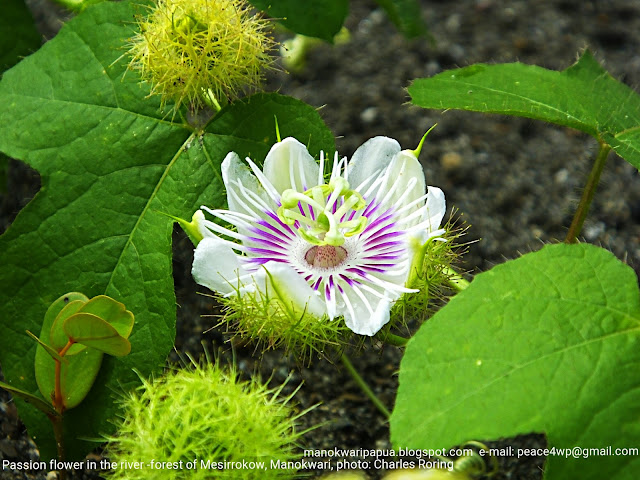