Rainforest tour is a kind of tour that is conducted inside a rainforest. As a complex environment, a rainforest is the natural habitat of various species of animals such as mammals, birds, reptiles, amphibians and insects. Trees that can be seen in the forest are more diverse and have got trunks whose diameters are bigger than 1 meter. The rainforest tour that I promote in this blog is aimed at providing alternative tourism scheme to travelers and at the same time promote the conservation of this precious environment.
The Lowland Rainforest of District Kais
I went to District Kais early this month for a 2-day tour in its lowland rainforest. I visited Kais as part of my survey trips in the bird's head region of West Papua for developing and promoting ecotourism. Kais administratively is under South Sorong regency whose capital is Teminabuan. The regency is a neighbor of Raja Ampat - a world class diving destination. 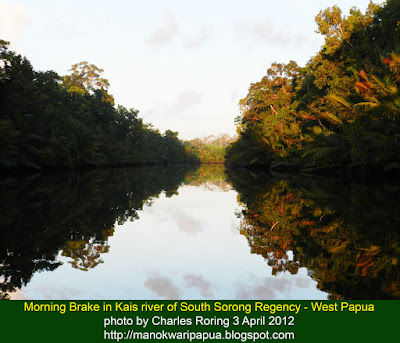 The southern land of New Guinea is more flat and swampy with sago and nipa palm trees grow along the banks of its rivers. Mangrove trees grow in the coastal area. The vegetation that I saw in the dry land of Kais was unique compared to other parts of the bird's head region of West Papua province.
Birdwatching 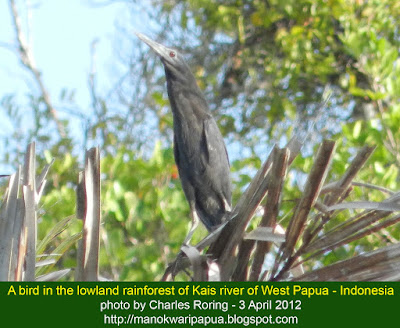 However, one thing that attracted me the most is the abundance of birdlife in Kais' rainforest. During a short tour through a small tributary river of Kais, I was able to see various species of birds including the Sulphur Crested Cockatoo (Cacatua galerita), Blyth's hornbill (Rythiceros plicatus), Pinon Imperial Pigeon (Ducula pinon) fruit doves, lorry, eagles, drongos, kingfisher and bats. 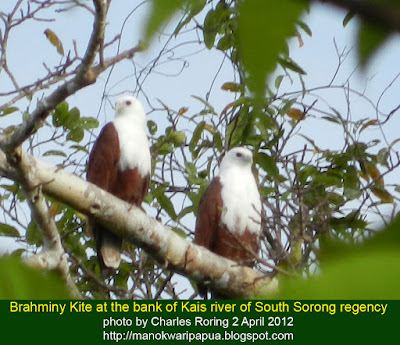 How to get there? 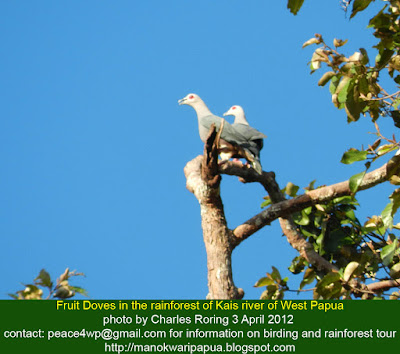 The easiest way to explore the rainforest was by using a boat. After conducting a little walk around the jungle in the vicinity of Kais village, I continued my day exploration of the forest by a small outrigger boat. Two Papuan guys paddled the boat with me sitting at its front. As we entered the Kerzek river which was the tributary of Kais river, we could hear the sounds of some sulphur crested cockatoes warning their friends about our arrival. These birds had got very sharp eyes. They could easily identify us even though we were rowing the boat quietly under the overlapping branches and leaves of the trees that cover the river. 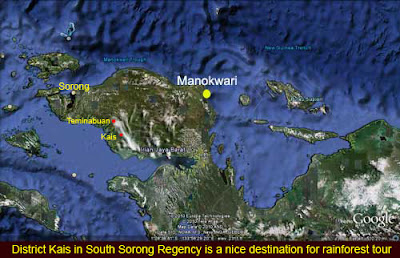 The tropical rainforest of Kais is still in pristine condition. It is a nice destination for travelers who are interested in taking a rainforest and birdwatching tour in South Sorong regency for several days and nights. by Charles Roring
Also read: Tropical Rainforest of Numfor island
at April 14, 2012