by Charles Roring
Early this month, I made an exploratory trip to the land of Koroway tribe in South Papua. I went there because I heard that this tribe built houses high above the ground. I took nearly two weeks to do the trip. I was really happy to see the river scenery where the indigenous Papuan people rowing their boats while standing. The southern region of Papua was flat land. Most of the land consisted of swamps, rivers and dense tropical rainforest. 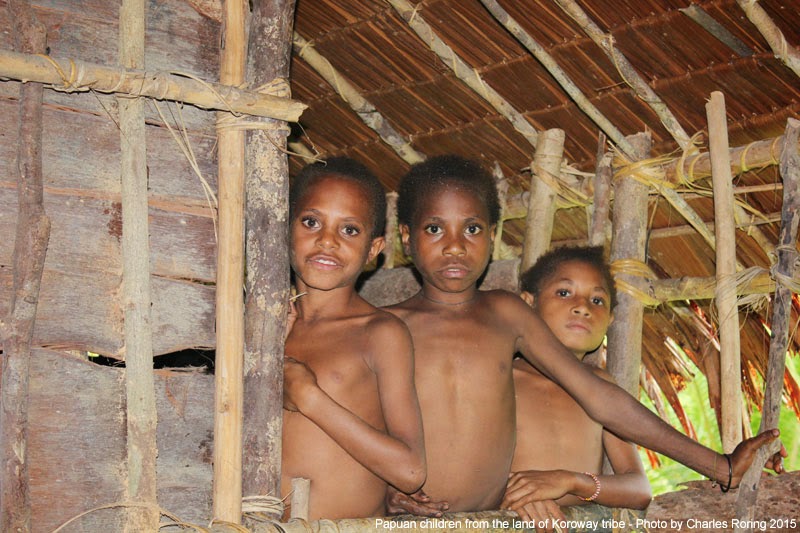 I had the chance to visit several hamlets of Koroway tribe and met the indigenous people who lived in their traditional wooden houses deep in the jungle.
In order to survive, they built their houses on high poles so that enemies, snakes, mosquitoes would not easily reach them. They hunt wild pigs, caught fish in the river, and extracted flour from sago trees. They also worked in their garden. They grew taro, banana and vegetable plants. They were very simple people but I saw that they were happy with their modest lifestyle. They wore traditional clothing that was very minimum or almost naked. Forest was their home, their playground and their fortress. They knew their forest very well and could tell when the right time to hunt for pigs or cut sago trees. 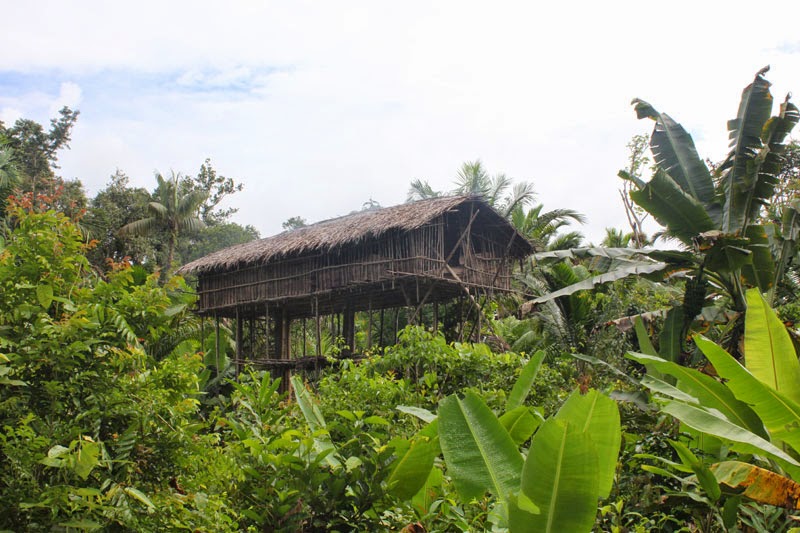 I stayed in their traditional houses for several nights and had the chance to eat grilled pork, and sago worm. The taste of sago worm was delicious. Everybody who plans to go to West Papua should consider visiting the Koroway tribe. 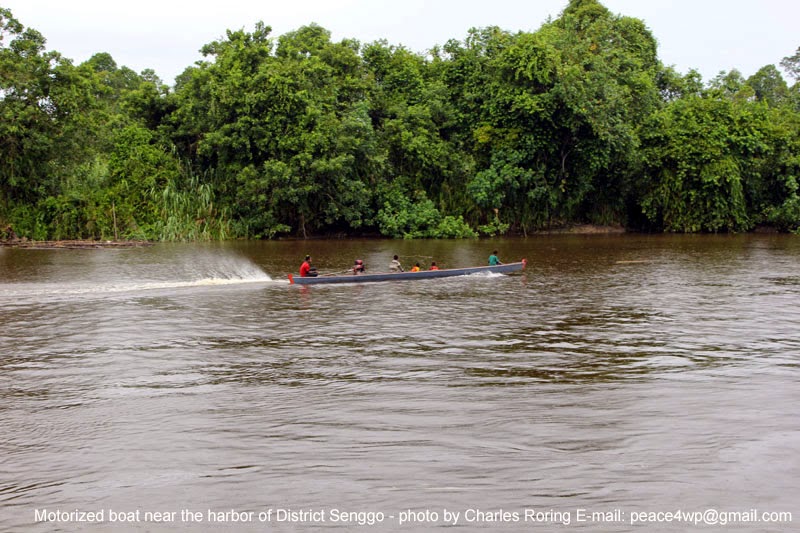 I met with Daud, their village head and talked to him several times. He said that Koroway tribe in his village was open to tourists. He hopes that eco-tourism could bring positive impact to his people.
They could generate some income to buy salt, farming and cooking tools. So, if you are interested in visiting Koroway tribe, and need me to be your private guide, please, contact me by email to: peace4wp@gmail.com